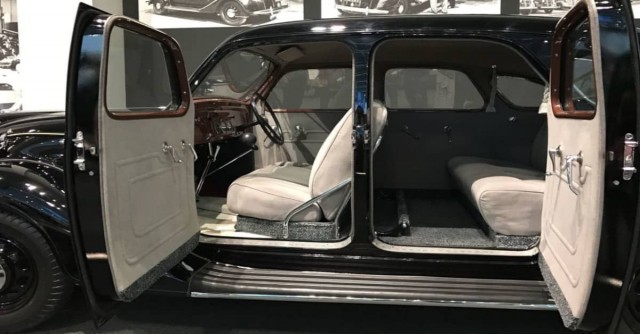 Lean management was neither created in a day, nor only at Toyota. Here is a history of Lean management and how it has evolved from Henry Ford to today.

The story of Lean really begins with Henry Ford who set up a very productive organization around the "Flow" that started with raw materials and ended when the customer left with his car.
Ford was the first to actually implement some of the following Lean concepts (before the word Lean was invented).

Reduction of wastes: in particular operator movements by minimizing the number of tasks to be performed

Just in time: Ford worked on its Supply Chain to get the right amount of materials and parts according to demand

The main criticism made to Ford is that its production process was only dedicated to manufacturing a single product model and did not allow any variation.

Sakichi Toyoda, who founded Toyoda Loom Works, manufacturer of weaving machines, developed a loom that automatically stops when a yarn breaks: he had just invented the concept of "autonomation", which allows the operator to no longer be directly linked to a machine and can supervise several machines; this concept introduces the notion of the human being into the production process, which is one of Lean's fundamentals.

Toyota first adopted certain production methods from Ford, as well as "autonomation", but various production problems and Sakichi's passion for process improvement led him to develop methods based on the reduction of wastes (categorized in muda, muri and mura) and on the establishment of "kaizen" workshops.

After the Second World War, the economic situation was difficult with little demand, few spare parts to repair. Toyota pushes the logic of the Jidoka to detect defects as early as possible and not have to repair them.
But productivity remains low, 9 times lower than that of American car manufacturers.

In 1950, Kiichiro resigned to protest against the layoffs imposed by the banks and was replaced by Taiizo Ishida who reorganized the company with the help of Kiichiro's cousin, Eiji Toyoda.
Eiji, is on a 12-week study trip to the United States during which he visits many American factories, accompanied by a group of engineers including Taiichi Ōno. Eiji and Taiichi are impressed by the American model but realize that they have to adapt it to the Japanese context, which does not have sufficient demand to benefit from scale effects. They then develop Just in Time, where it is the real demand that defines the production schedule instead of a forecast, and this at each stage of production. Everything starts from the downstream (the customer) and they develop the Kanban system with carts at each station that contain only a minimum number of parts.

Nevertheless, the implementation is very gradual, mainly due to the need to make operators multi-skilled and to overcome their reluctance; it was not until 1962, according to Taiichi, that Toyota's plants were deployed in all of them.

These innovations have greatly contributed to Toyota's success and have become known as the « Toyota Production System (TPS) ».


Here is a video showing the history of the TPS

Japanese industry is heavily affected by the first oil shock, but Toyota is resisting well and is attracting the interest of the government, which is asking Toyota to hold seminars on the TPS to benefit Japanese industry.
A few foreign groups are also beginning to adopt these methodologies, most of the time under their own names.
The first official publication on the TPS would date back to 1978, by Taiichi Ohno himself: "Toyota Production System - Aiming at an Off-Scale Management", Tokyo Diamond.

The first publications in Western countries took place in 1977:


Adoption by Western companies was gradual during the 1980s, as was the number of publications on the subject, mainly by talking about "Just in Time".

The term "Lean manufacturing" was coined in 1991 and many of its principles were formalized in "The Machine That Changed the World" by James P. Womack, Daniel T. Jones, and Daniel Roos of MIT and in "Lean Thinking" (1996) by the same authors. For example, these works have formalized five principles of Lean:

Lean became internationally known and recognized during the 1990s and gradually developed, either in the development of concepts or in other fields of application than production.

A criticism of Lean as defined by Womack, Jones and Roos is its overly technical side, the most visible side of Lean, while the human and cultural aspects are less so.


These criticisms and debates led Toyota to (re)formalize its key principles in 2001, articulated around the two pillars of continuous improvement and respect for people in a document called "The Toyota Way 2001".


2004 - « The Toyota Way: 14 Management Principles from the World's Greatest Manufacturer » by Jeffrey Liker

Jeffrey Liker, professor at the University of Michigan, formalized 14 principles of Lean management in his best seller « The Toyota Way: 14 Management Principles from the World's Greatest Manufacturer ».

Other concepts and new fields of application

Other concepts have been added, such as six-sigma, to form "Lean Six-sigma".

Lean, originally designed for production, has developed in several other environments, including:


What future for Lean?


How will Lean evolve? His death has often been announced, following certain failures, but Lean is still there. Will it be replaced by new concepts such as artificial intelligence, Manufacturing 4.0 digitalization?

History has yet to be written.

No comments made yet. Be the first to submit a comment

By accepting you will be accessing a service provided by a third-party external to https://www.wevalgo.com/

Experts, Consultants, Managers, you want to go further in your evaluation process towards corporate excellence

Your web solution to improve your processes and gain in efficiency.Dedicated to consultants, experts and managers, it allows to evaluate the performance of the tools of management in place.
Premium Membership